April 04, 2020
What a month it has been. In time (how long will it take?) we will reflect on how a tiny bug brought the global traffic of human life to a crashing halt, but our initial reaction was mostly just shock. The suddenness of the lockdown in the UK took our breath away, leaving us scrabbling for meaningful activity to replace the things that had been taken away. Now, as we move from shock (and a bit of denial) to a kind of acceptance, the semblance of a routine in the new normality, we are starting to think again. There is a great deal to think about. Coronavirus has revealed things about our society that were previously shrouded, both good and ill. It has forced us to examine our priorities - even Government ministers, not usually given to public introspection, have been heard to muse about a re-evaluation of what matters, afterwards. As we think, then, about what comes after, so we have seen the emergence of the predictions. I've long been fascinated by the compulsion to predict
Post a Comment
Read more

Clergy need to have more in common

June 18, 2017
The other day I was involved a minor twitter spat with one who we shall describe as "a well-known blogger". I say minor because, honestly, it would not even feature on the Richter Scale of such altercations. It was more an exchange of slightly grumpy tweets followed by what each party imagines to be a dignified silence (note to self - don't engage with well-known bloggers at 10 pm at the end of a long and gruelling week). The cause of the dispute, you ask? The said well-known blogger was objecting to the number of clergy online who are joining the call for the resignation of the Prime Minister in the wake of the Grenfell Tower disaster and, well, everything else. I tried to question whether he would be equally disgusted if they were to give the same treatment to a Labour Prime Minister, whereupon he immediately took me to be one of the pitchfork-wielding mob, and sent me to Coventry. The irony is that, on one point at least, I agree with the w-kb. The sight of Priest
Post a Comment
Read more

December 03, 2014
This week brought us a new entrant on the stage of popular theological debate: Netmums alerted the nation to the imminent demise of the " traditional nativity play ".  Mums are concerned, or in some cases, disappointed or even disgusted by their children's schools cavalier treatment of the Nativity, at a number of levels. Even those schools which haven't dispensed with it altogether, we learned, subvert the classic form by introducing a range of characters who can only be described as extra-biblical, including Elvis, Alan Sugar, spacemen, "a lobster", and, pushing the definition of "characters" to the limit, recycling bins. None of which is news to any long-serving parent, especially those of us who had more than one offspring and consequentially sat through a decade or more of school Christmas performances, grinning fixedly at the antics of the fairies, reindeer, and angels in the syncretistic nativity of modern Britain. Nor is it news to any pa
Post a Comment
Read more

What we learned from women bishops vote

July 18, 2014
So, the deed is finally done, less than 2 years after the embarrassing collapse of the original proposal, the Church of England's General Synod has voted to open the ranks of the episcopate to women for the first time. Years of anxious wrangling appear to be coming to an end, as the new rules will surely be speedily approved by Parliament and then nodded through the final stages by the same Synod, before its term of office expires next year. I'm in favour of this, I always have been, and though for the most part I respect and value those who hold a different view, I'm sure this was the right decision. I don't have anything to add to the many comments already made on the rightness of it, only a few reflections on what we might learn by observing what happened on Monday: We learned that General Synod hasn't improved since 2012.  Let's get the bad stuff out of the way first. We wouldn't be talking about this if the Synod had not failed, in 2012, to pass a
1 comment
Read more

June 18, 2014
I appear to have had a year off blogging. I don't know how that happened. Perhaps I didn't have anything to say.  But now seems a good time to pull the dustsheets off AH and take the old thing for a spin. So what's been happening in the world, or at least the world as seen through the lens of this blog, in the last 12 months?  Good question, thank you. Because it has been fascinating, even if not easy. Life in the UK feels a bit downbeat. I avoid party political comment but it's not partisan to notice that the Government is struggling. We're told that the recession is over, and that economic policy is vindicated because we're all getting better off, but in real life everything still seems hard work. We're a country that is getting by, making the best of things, rather than one that's really enjoying life. The fact that almost all our politicians have adopted a rhetoric of threat, anxiety, and defensiveness only reinforces this. Hope seems to have dis
6 comments
Read more 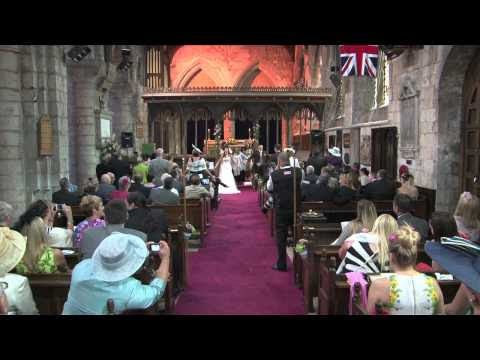 First things first. If you have spent the last 48 hours on Mars, or not on Twitter, watch it now: Kate posted links to this yesterday and I think she was beginning to wonder if anyone was interested. She need not have. Today the internet has gone bonkers over it, in its usual frenzied way and she is the news-worthy vicar of the week, which is a good result in itself, keeping the usual embezzlers and philanderers out of the press, and giving the church a rare good news story on the clergy front. Inevitably, then, the backlash has followed, with various individuals lining up to ping epithets like "irreverent" at her, and explaining how they like a good laugh as much as the next man but apparently not within 10 miles of a church, since this is "not an appropriate moment in the liturgy" and other such important-sounding things. Tomorrow there will be a rash of newspaper columns shouting about it and telling us that this is why the Church of England is doomed. Appa
4 comments
Read more

Church for the world

June 18, 2013
The way I'm thinking about church was clarified in an instant this Sunday, in the unlikely setting of an 8.00 am BCP service.  Or perhaps not so unlikely, because unlike some clergy, I find the communion service of 1662 to be a liturgy that powerfully expresses the liberality of the gospel, built as it is around the explosive declaration that "God so loved the world".  God didn't just love the 5 of us who did him a favour by turning up to the service, but the whole world, even the ones who don't seem that bothered about him. This was brought home to me by the Gospel reading (completely different to the one that non-17th century congregations were reading):  Then drew near unto him all the publicans and sinners for to hear him. And the Pharisees and scribes murmured, saying, This man receiveth sinners, and eateth with them. And he spake this parable unto them, saying, What man of you, having an hundred sheep, if he lose one of them, doth not leave the n
2 comments
Read more
More posts