Showing posts from October, 2011
Show all

October 27, 2011
I began writing this on Tuesday, my usual day off. Not normally a day when I would be hunched over the keyboard, but this week I had the time because I'm luxuriating in a whole week off. A perfectly usual experience, except in the case of vicars, when the idea of a "week off" becomes quite complex and problematic. Last week on Twitter I intercepted someone's tweet who had spotted a clergy friend who was enjoying an entertaining day out. His reply was along the lines of "blimey, what it is to be a vicar and live the life of Riley" etc. I have no complaint against this person, who is a good guy and obviously meant no harm. It was just a variant on the age-old witticism that every parish priest hears on a more or less weekly basis, "of course you only work on Sundays, don't you?" There are a few versions of this, my personal favourite being "not another holiday?" if one takes leave at any time within about a year of having previously d
27 comments
Read more 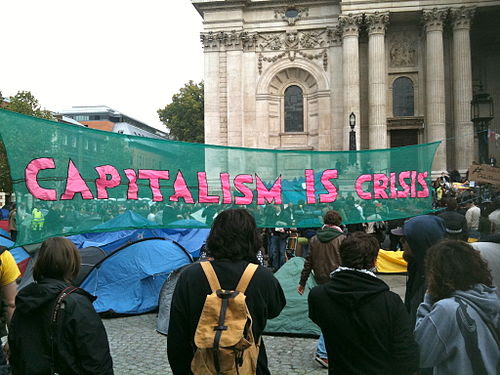 The story of the so-called #OccupyLSX protest has evolved rapidly this week. You will remember that last weekend, having been unsurprisingly told they could not occupy the London Stock Exchange, the campaigners sought an easier target in the City and settled on St Paul's Cathedral . As the police moved in to prevent them, Giles Fraser (one of St Paul's senior clergy) stepped in and Quixotically asked them to move along, allowing the protestors to settle, and defending their right to do so peacefully. This unusual incident drew a lot of publicity to both St Paul's and to the protest, the organisers being quick to exploit the incident. "We are occupying St Paul's!" said their official Twitter stream, "the vicar has given us his blessing and asked the police to leave." And therein lay the seeds of trouble to come.  The Cathedral put out a statement cautiously supporting the right to protest and asking all to respect the day to day work and worship,
2 comments
Read more

October 21, 2011
I'm sorry, but it's Friday after a serious week for Parish and Nation.  A proper post on St Paul's should be on stream tomorrow, but tonight I'm stuck on the local news and Cornwall Council's latest cunning plan to save money.  The Council maintains 247 public toilets, we are told, and being no longer flush, plans to dump responsibility for 113 of them.  The precision of this figure has been achieved by the Public Conveniences Informal Working Group, which has left no stone unturned, "visiting different parts of the county" to see for themselves what toilets look like, and preparing "a document for the cabinet", which is not a piece of furniture next to the loo where reading material can be left, but a senior body of councillors whose time is never better spent than poring over the roll of Cornwall's conveniences. The wonderful world of local government has always baffled me.  I understand that local authorities are facing vicious budget c
1 comment
Read more

On funerals, and Spitfire Annie 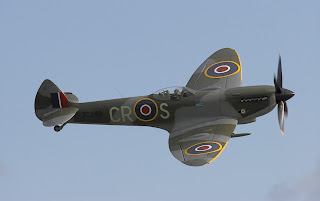 Yesterday I took a funeral.  This is not unusual, although in our slightly smaller than average parish, we get fewer than most.  When I first came here, after being the curate in a large seaside parish which we affectionately termed "the death zone", that was quite a relief.  But after a suitable time to recover, I realised that actually I don't dislike funerals at all.  I know some of my colleagues are a little jaded with the funeral business, and sad to say some are downright snooty about taking the funerals of those who only think of coming to church feet first, while others suffer terrible angst about what to say in the sermon on such occasions.  But for me, when they work well, as it did yesterday, there's really nowhere I'd rather be. Admittedly this was an unusual one.  Not least because when someone has reached 100, there's really little left to regret, and a great deal to celebrate, as I said in the sermon.  Many funerals are much harder, with dif
2 comments
Read more

National Secular Society is really a miserable and useless entity

October 17, 2011
It's been a successful week for those busy folk at the National Secular Society. Not one, but two of their miserable little campaigns have twitched the radar of the national news.  First, they expended public resources by pushing through a freedom of information request to find out how much public resources are expended on military chaplains.  When they got their answer, they predictably squealed with rage. It's far too easy for their spokesman Stephen Evans to take figures like this and make them look silly. But how much does he expect it would cost to send fully trained support professionals to the front line with UK service personnel? When we leave Afghanistan, the cost of chaplaincy will reduce, along with the overall military budget. Then yesterday it emerged that, in Woking, the NSS has bullied the local council into re-thinking their policy of giving free parking to Sunday worshippers at three town centre churches.  "Discrimination" whines the preposterous
4 comments
Read more

October 16, 2011
We celebrated Harvest tonight at Old Kea, our little church in the valley.  It's one of those places where Harvest still carries its traditional meaning, with a very local congregation and a fair few agricultural types there.  Listening to an excellent home-grown sermon from our very own churchwarden, I was struck again by the potency of Harvest to connect with people's spirituality at a deep-down level.  It just seems to mean something to people, even those who don't necessarily darken the doors very often. I know some of my fellow clergy, jaundiced by singing songs about cabbages green at too many school assemblies, don't care for Harvest too much.  If I was in an urban parish, I might feel the same.  But we shouldn't rush to spurn something which helps us to speak when people want to listen. I wonder what the new equivalent of Harvest festival might be? What would capture the hearts and minds of the emerging generations of Britons, and prompt them to give tha
1 comment
Read more
More posts