Showing posts from December, 2012
Show all

December 25, 2012
So Joseph also went up from the town of Nazareth in Galilee to Judea, to Bethlehem  the town of David, because he belonged to the house and line of David.   He went there to register with Mary, who was pledged to be married to him  and was expecting a child.  While they were there, the time came for the baby to be born,   and she gave birth to her firstborn, a son. She wrapped him in cloths and placed him in a manger, because there was no guest room available for them. We sometimes think of the Christmas story as being tinged with stardust and a little magic, especially late on Christmas Day when the memory has been blended with Doctor Who and the Strictly Christmas special. And yes, there are angels and glory and and a star in the East. But the event itself is uncompromisingly ordinary. The blood and pain of childbirth, the everyday miracle of a baby's first breath, a young mum making the best of what she had in difficult circumstances. And it is the wrapping of the Incarnatio
Post a Comment
Read more 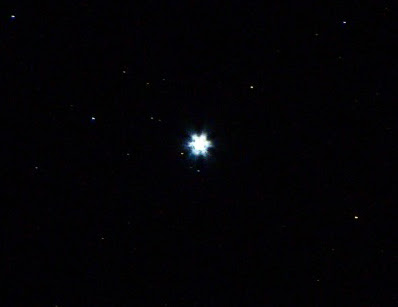 O little town of Bethlehem, h ow still we see thee lie. Above thy deep and dreamless sleep t he silent stars go by. Yet in thy dark streets shineth t he everlasting Light. The hopes and fears of all the years a re met in thee tonight. These words will be sung by thousands tonight, and regarded by most of them as harmless sentimentality, which may or may not be a bad thing, depending on your point of view.  But I've always found it the most profound and challenging of Christmas Carols. I've noted this year, having more time for observation than I used to, the controversies stirred up in the media by opponents and defenders of religion. The Advent season brings Richard Dawkins out of the woodwork as reliably as daybreak makes the birds sing, and everybody else joins in the fun. Media pundits queue up to offer their views on the state of the Christian religion, the Church of England, and the future of Christmas itself, and meanwhile the churches engage in an advertisi
Post a Comment
Read more

December 10, 2012
In another century, many years ago (let's just say "20 or more"), I was young, confident, and impetuous. Like so many young people in any age, I wanted to change the world and I was sure I knew how to do it. I had drifted into a place at Bristol University without much idea of what to do with life. But the summer before, I had, as we used to say, "made a commitment" at a youth camp. I decided that I was going to be a Christian. When I arrived at Bristol, confronted at once with the full range of excitements and opportunities that University life offers, it dawned on me that this decision was going to have implications.  Gradually during my first year, something that had previously compelled me intellectually began to convict me at a more visceral level: following Christ was something to be done 100%, or not at all.  I threw myself into all things Christian, did my best to live out my faith in practice, and in the process became more and more involved in the evan
1 comment
Read more
More posts